54 HIGH STREET - A HOUSE THROUGH TIME

(With acknowledgment to the BBC series)

The former Post Office at 54 High Street Lymington is a rather bland example of 1960’s modern architecture. The site, however, conceals a fascinating past over the centuries and for many years contributed significantly to borough’s revenues.

The land went under a number of titles, variously called over the years “Damerosehay”, Primrose Field, “Holme’s Mead”, “Holme Mead” or “Home Mead”.

According to CP Jones’s 1930 History of Lymington, in 1365 the Lord of the Manor of Efford conveyed a meadow called “Damerosehay” (meaning Primrose Field) to William Sanedon (from whose name Sandy Down is allegedly derived). This subsequently became the property of the Lymington Corporation

From the early 14th century, until it was sold in 1835, ownership of the land by the Town Council is reflected in a whole series of twelve title deeds. The mayor and burgesses forming the Lymington Corporation received rents from the meadow. In the 16th century, the mayor, who was elected by the burgesses annually, was paid an allowance of £2.10s a year in respect of his “travel, dyett, and charge” and this payment was met from the rents for Holme Mead.

Down to the time of the Municipal Reform Act 1835, the whole of Lymington’s town revenue comprised the rent from Holmes Mead together with tolls from markets and two annual fairs, wharfage quay and river dues, a few property rentals, and incidentals such as quit rents (feudal land dues).

The Municipal Reform Act (strictly, the Municipal Corporations Act 1835) was the Act of Parliament that reformed local government in the incorporated boroughs of England and Wales. The Act followed the 1832 Reform Act, which had abolished most of the rotten boroughs (of which Lymington was one) for parliamentary purposes.

In 1839, an auction leaflet for Home Mead showed the magnificent uninterrupted view of the Solent that Lymington High Street properties enjoyed at that time.

By the early 20th century, a fine residential property stood on the land. Sales particulars described “Holme Mead” as “a very charming freehold property comprising a fine old well-designed family mansion, occupying a central and unique situation close to the Parish Church and the Post Office. The residence … has a noble appearance and the North front, which is approached from the High Street by a carriage sweep with iron Entrance Gates and Porch on Columns, is secluded by 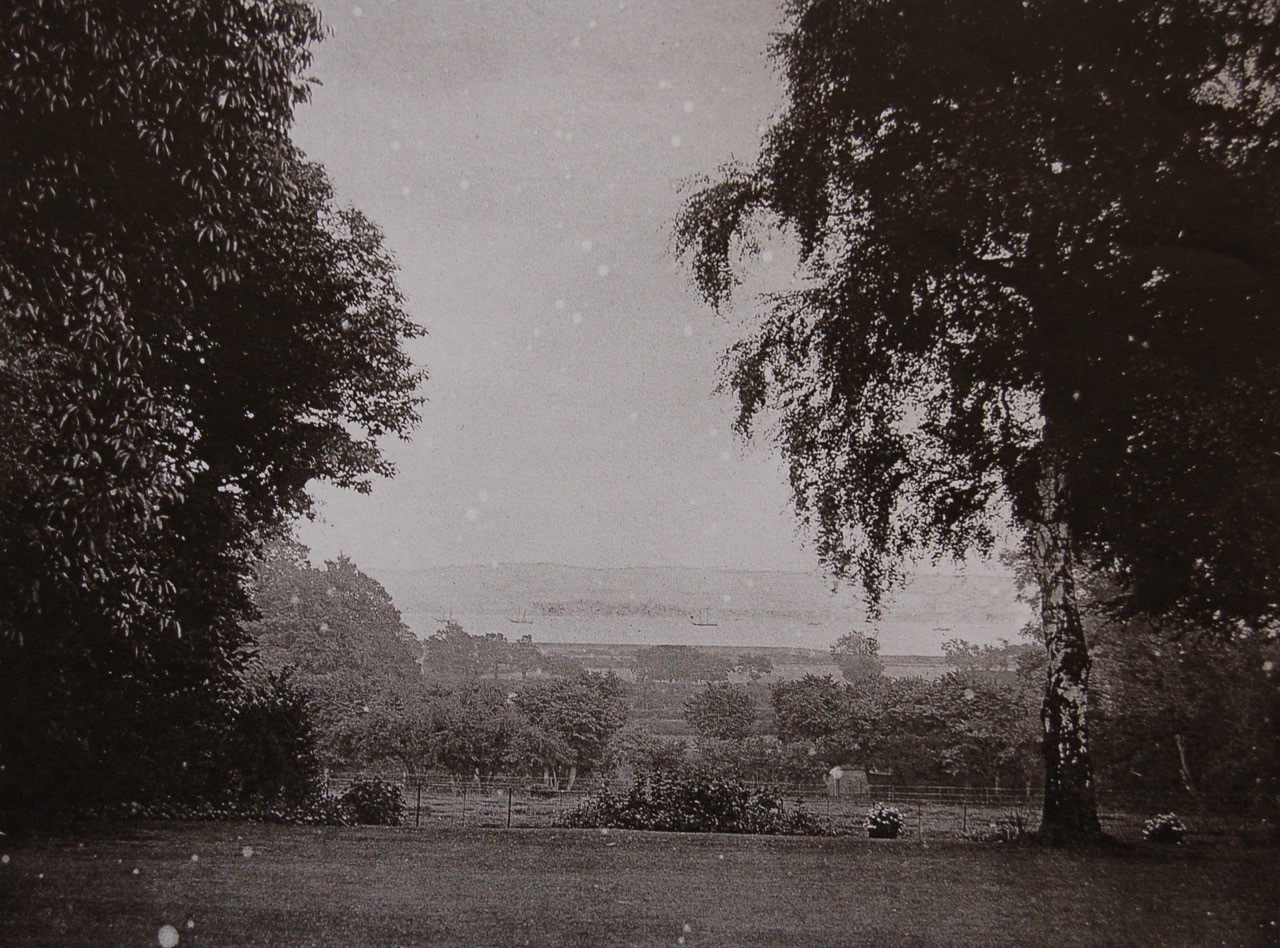 matured trees and shrubs. The charming South front … commands magnificent views over a fine expanse of wooded country with the beautiful Solent and grand hills of the Isle of Wight in the background.”

In 1905, the main Lymington post office moved over the road to No.55 next door to Holme Mead. From the beginning of the 19th century, there had been post offices at various sites located on the north side of the High Street.

During World War I, the house and its extensive grounds were utilized as a military hospital and convalescent home. In 1916, the temporary military hospital established in Brockenhurst in 1914 to treat Indian service personnel who had been injured while serving in France, was taken over by the New Zealand authorities and became No.1 New Zealand General Hospital. The wounded soldiers at Holme Mead had initially received treatment for their wounds at the general military hospital in Brockenhurst. Many Lymington women provided nursing care as members of the VAD (Voluntary Aid Detachment). Schoolboys collected sphagnum moss from the forest for use as sterilised wound dressings.

After World War I, the buildings declined to become a furniture store and then remained unoccupied and dilapidated, until they were acquired by compulsory purchase and demolished. In 1960, the site fronting the High Street was redeveloped by the Royal Mail as Lymington’s main post office branch. In 2019, the post office branch was relocated across the High Street to Rashley Mews.

Behind 54 High Street today, Royal Mail continue their Lymington Delivery Office for the SO41 area.

The above brief history is an updated version of my article on Lymington Blue Plaque 9 The Post Office (54 High Street) - which appeared in the April / May edition of the bi-monthly free magazine The Lymington Directory.